I was one of many Yankees who got turned on to bluegrass when it added its surging energy and “high-lonesome” sound to the Folk Music Revival of the 1960s.

Since then, I’ve contributed my singing and mandolin playing to numerous bands, other peoples’ and my own.

One of the best came together several years ago when I had an administrative day job at Princeton University:

Later, we were joined by a New Jersey bluegrass and contra dance music comrade of mine, veteran multi-instrumentalist Paul Prestopino.

We’ve all gone on to other things. But here we are (via YouTube) at a Princeton University variety show, performing the classic “Blue and Lonesome,” co-written by “Father of Bluegrass” Bill Monroe and country music legend Hank Williams.

And I’m happy to report that my Bluegrass & Princeton University connection continues — with a lot of great music.

I’ve been playing shows with Prof. Robert George, as part of his folk music concerts through the James Madison Program which he directs. The latest was the standing-room-only event “Untangling Dylan.” Robby’s colleague Prof. Sean Wilentz of the History Department  — who is also a folk music expert, personal friend of Bob Dylan, and official historian for the Dylam website — joined in to give expert commentary on the legendary singer/songwriter.

In addition to the superb picking of Robby (a native of West Virginia, where banjos are seemingly issued to children upon birth!), we were joined by my old friend and world-renowned 5-string great Tony Trischka.

Here’s a link to the “Untangling Dylan” webpage, with bios of the participants plus a two-part video of the show. Our Dylan-done-bluegrass-style segment is right at the beginning of Part Two: 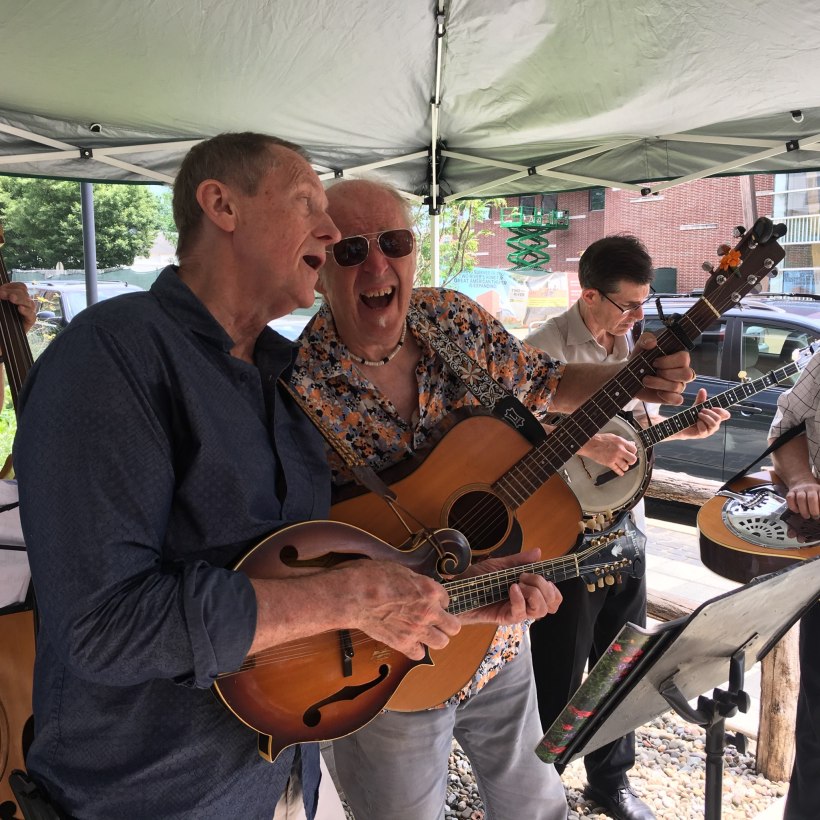 Here’s me on mandolin and D.W. on guitar, singing a scorching “high lonesome” bluegrass duet, with Carl Baron on 5-string banjo and (unfortunately out of frame) Greg Vongas, bass, and Don Sojka, Dobro resonator slide guitar — all veteran bluegrass devotees and great guys.

Also, D.W. is an outstanding songwriter who encourages creativity within the band. It’s a joy to work up and perform original material, including my own.

We’re doing that a lot right now: “wood shedding” in rehearsals during the winter months. I plan to announce upcoming shows here.